Hey guys, so this is a very late post but I’ve been so exhausted the last few days I’ve not had time to post anything so I do apologise! I was contacted by Molly Kay from Arhaus and asked if I would do a post on ‘My Dream Reading Space’ so I was thrilled to finally be able to get out all the wonderful and fab ideas that I have in my head for my own reading room.

To start with I want a huge room full of bookshelves from floor to ceiling and each one to be themed or have a certain genre/colour on it. For example, I want one bookcase just completely dedicated to Harry Potter things so all my books, DVDs and Harry Potter memorabilia can sit on it. There would also be a bookshelf for my YA novels to be laid out in colour order or alphabetical order. I would then have a shelf for my vinyls and record player to sit on so that wasn’t actually in the way of anything.

Now as well as this being my reading space, I would also have it as my music room to keep all my instruments so I would have a space in the room where I can keep my guitars, bass guitars and CDs/DVDs. This would mean that everything I ever need would be all in the same place and wouldn’t be in anybody’s way (although I can’t promise there won’t be the odd book or five lying around elsewhere in the house).

In terms of what kind of bookshelves I’d like here are just a few examples of what I would love to have in my own personal library;

Now for the general feel/vibe/look of the reading space, this is the sort of idea I’d like;

Trying to describe and come up with my perfect reading space/room would keep me here for days because I do have so many ideas and styles I’d love for it so I think I’ll leave it here and maybe do another one in the near future!

I’d just like to take this moment to thank Molly for getting in touch with me and asking me to do this post because I never would’ve thought to have done a post like this myself! If you do get a chance then please check out the Arhaus website. Their products and the style of them are just stunning and hopefully one day I’ll be able to afford all the things I want from the site!! The bookcases I listed in the post are from the site also so please do have a look!

Please let me know what your dream reading space/room/area would be like in the comments or even do your own post and send me the link so I can check it out!

I’ll have another post up soon for you guys! 🙂

This is one of my favourite days simply because it’s all about books! Working with kids too means I get to see them in all their wonderful costumes today as well which is just great as they all put so much effort into their characters!

This World Book Day, I’m currently reading The Warsaw Anagrams by Richard Zimler and so far I’m really enjoying it. Books have always been one of my favourite things and they’re the one thing that can keep me calm and help keep my mind off things. After being off work sick for 2 months I managed to get through a few of the books I wanted to read and I even went back to the library for the first time in years which was fun!

World Book Day is a day I love as it encourages children to read and let them see the fun and all the different worlds books can bring to them and that’s something I enjoy seeing as it’s so rare nowadays to find children who enjoy reading. If you’re looking for something to read, the World Book Day website has posted a list of “50 books that will change your life.” You can check that list out here.

I hope you all have a fantastic book day and enjoy celebrating it in whichever way you are! Let me know if you’re doing anything in the comments!! I’ll be going back to work unfortunately but after that I’ll be spending the rest of my night trying to finish my book.

*i just realised I have two #8s so one will count as a spare wish if it exists because I have no idea what wish I want to get rid of :’)*

Hi guys! So today is the day I’ve finally decided to take part in the Top Ten Tuesday meme. I’ve seen loads of the people I follow take part in it and it looks like fun! Also it gives me a weekly thing to post when I don’t have any reviews to post.

Top Ten Tuesday is a weekly meme that was created by The Broke and Bookish.

This week’s topic is: 10 Wishes I’d Ask The Book Genie To Grant Me. YOU DREAM IT AND THE BOOKISH GENIE CAN DO IT!

Like who doesn’t want this? A place where I’m surrounded by all my books and can just sit and read for as long as I want without anyone disturbing me.

2. To be able to enter/be part of any story I read.

How amazing would it be if you could jump straight into the book and experience everything along with the characters.

3. To be able to spend the day with my favourite authors with it being one author per day.

I would literally do anything to meet J.K. Rowling, Cassandra Clare, Thomas Hardy etc!

4. For there to be a brilliant adaption of The Mortal Instruments Series.

I honestly didn’t like the City Of Bones movie at all. It felt very rushed and just did nothing at all for the books. I think they were right in choosing Jamie Campbell Bower for the role as Jace lookwise however I feel he tried to hard to get the part right and it just went wrong. Hopefully the series is slightly better but we’ll see.

5. I’d wish for it to be acceptable to read anywhere.

The majority of the time I’m at some sort of gathering etc I just want to sit in a corner and read. Apparently that’s mostly frowned upon.

6. I’d wish for the ability to say the name of a book and it just appear in front of me.

Imagine being able to get any book you want just by saying the name? That would be fab.

7. To meet all my favourite book characters.

Jace (TMI Series), Levi & Cath (Fangirl), Basically everyone from Harry Potter. Life would be great if I could meet them all.

8. To go to all the Harry Potter theme parks/tours etc. 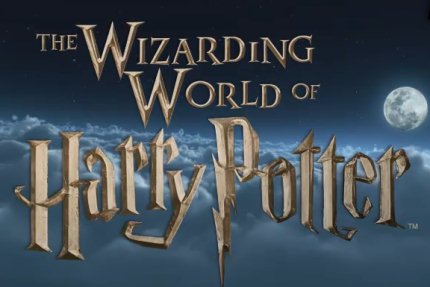 8. To get paid for reading.

Imagine being able to do your favourite thing all day every day and get paid for it? That would honestly be the best thing ever for me. I’d get to spend all day in my own wee library with my cats, eating food and to be honest, what more could you really need in life?

9. For Scotland to have their own Book Festival/BookCon.

I hardly ever see any type of book festival advertised in Scotland other than the Edinburgh Fringe Festival. I’m desperate for there to be a Book Con type thing here though.

10. For J.K. Rowling to release a series about the Marauders’ time at Hogwarts.

So, there we have it, my 10 wishes for the Book Genie! I had a lot of fun doing this and I look forward to doing this again next week.

What would you guys wish for? Let me know in the comments below or even take part in this meme!