Title: Girls Of Paper And Fire

END_OF_DOCUMENT_TOKEN_TO_BE_REPLACED 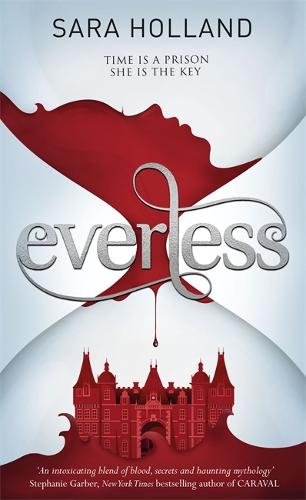 END_OF_DOCUMENT_TOKEN_TO_BE_REPLACED

Review: The first line of this novel had me gripped straight away. “Twelve hours before Amber Lamont’s parents tried to kill her…” WELL NOW YOU HAVE ME CURIOUS AS TO WHY THEY WANT TO KILL HER SO OF COURSE I’M GOING TO READ ON!!

Usually with books that grasp your attention right from the start make me weary of them because they’re most likely to leave me disappointed however this novel is one of the few that has impressed me. Demon Road follows the story of sixteen year old Amber whose life is in grave danger. As the storyline goes on we meet the many varieties of monsters, villians and friends she encounters on her search for freedom.

Demon Road is a book that contains a little bit of everything. The humour in the novel made the book brilliant for me because it made the story more light-hearted at times and in my opinion I don’t think the book would’ve been as good if those humorous parts weren’t included in the final product. It also took you away from all the doom and gloom in Amber’s life too. There was a lot of action and bloody violence throughout the book and it just made you keep turning the page to find out what was next for each character in the story. I like the fact there was a lot of dialogue included too as it made you feel part of the story and like you were experiencing it along with the characters. One of my favourite things though is, THERE WAS LIKE NO ROMANCE!!!! I’m honestly starting to get fed up of authors having to include some sort of romance plot in their book. I know the majority of my favourite books all include a predictable love story but come one, is there any need for almost every YA novel to have one?

I loved the characters in this novel. Amber was a fantastic heroine and wasn’t your typical YA female. She’s awkward, self-conscious and not very good at making decisions and lets be honest, that’s more realistic to teenage girls in real life so she was a realistic character (minus the whole she’s also a demon thing but that’s not the point right now). When she had to be she became strong and independent even if it did take her a while but it’s admirable as she’s going through a lot more than any normal sixteen year old should. One of the touching things was that although she is a demon, she worried about killing people which showed the reader, her humanity is a lot stronger than her demonic side and she is able to resist the temptation.
Milo was another fantastic character. From the minute you meet him you’re unsure whether to trust him as he acts pretty strange and doesn’t really say much however, as he helps Amber on her journey we learn that he’s one of the good guys. He’s serious all the time and although he doesn’t talk much, he is a very protective father and helps Amber with every problem she faces even if he’s the one that gets hurt in the process. Also, he drives a pretty cool car which is all I’m going to say about that. (If you want to know what makes it cool, READ THE BOOK!)
Glen was probably my favourite character. From the minute you’re introduced to him you’re laughing because just like Amber, he’s awkward and doesn’t really have any friends but he’s funny even if he doesn’t mean to be. He’s so sweet and endearing that you can’t help but love him and you hope that good things will come his way.

This book was so much better than I thought it would be! I’ve been wanting to read Derek Landy’s work for a while now and I don’t think I could’ve started it off any better. I never wanted to put it down and got so upset when I had to leave for work because it meant having to wait another 7 hours before I could find out what would happen next!

If you’re interested in books that include vampires, witches and demons then this book is right up your street. I would highly recommend this book to anybody because it’s got a bit of something for everyone! I received an e-copy of this book from NetGalley in exchange of an honest review so I’d just like to them for giving me this opportunity. I’ve since went and bought a physical copy of the book so I can read it over and over again in the future!

Review: Okay, so I finished this book last night and I’m still not completely over it. I am in love with this novel and Rick Yancey’s writing. There are so many strong points in this book and Yancey not only uses descriptive language to tell the story but his sentence structure reflects what is happening too! There are so many things I enjoyed about this book but there were also some things I disliked.

The storyline was great and has you hooked right from the beginning. Yancey also did an excellent job of creating strong, lovable characters. I felt so much for these characters. Especially Nugget and Zombie. Nugget is such a sweet and innocent character and he definitely holds a special place in my heart. I worried about what would happen to him throughout the whole book. Zombie was strong, brave and did what he could to help others and he was just such a brilliant character. Having Cassie as the main protagonist was brilliant. She was independent and strong and could look after herself when the situation got bad.The action scenes in this novel are some of the best action scenes I’ve read. They were very descriptive but didn’t drag on to the point you got bored. I also loved the fact that none of these characters were indestructible. As they got injured they carried on and would deal with their injuries afterwards (which did happen a lot). There’s also a few twists in the story and for me that makes a book even better! Yancey did a brilliant job of keeping you guessing throughout the book and it was unpredictable.

Now for the minor things I disliked. As I said earlier on, the book has you hooked right from the start but I was also slightly confused at first about what was happening. However, the confusion didn’t last long as I finally got a grip of the story a few chapters in. I loved that each part was from a different character’s point of view but I disliked that you had to sometimes guess who’s POV you were reading as it didn’t give it away straight away. This is most obvious in the second part called ‘Wonderland.’ You didn’t actually find out whose POV it was until the end. Like most YA books out there, there was a small romance mixed in with this storyline. Although it didn’t drag on throughout the whole book, it was a romance that happened pretty much instantly and didn’t really seem realistic.

Overall this is an incredible novel and I’m now about to start The Infinite Sea. I’m praying it’s just as good as The 5th Wave and I hope it actually answers all the questions left unanswered in the first book. If you’re interested in books such as The Hunger Games and Divergent then I highly recommend it to you as it’s something you will most likely enjoy! I’m so glad I bought this book and I can see me reading it again some time in the future.

Can you believe that it’s been 18 YEARS since Harry Potter And The Philosopher’s Stone was released? 18 YEARS!!!!

This was one of the very first books I ever received and obviously as I was really young my parents used to read me a chapter each night before I went to sleep. I remember loving the books and when the movie came out my parents took me to see it and it was something they continued to do each time the movies came out. Harry Potter was such a huge part of my childhood and I was gutted it ended. BUT…

J.K ROWLING ANNOUNCED THAT THERE IS GOING TO BE A HARRY POTTER PLAY AND I AM SO EXCITED! It’s going to be called Harry Potter And The Cursed Child. Not much has been said about it but it will open in London next year and tickets go on sale sometime in Autumn! London is a place I’ve been dying to visit for a long time now and I was supposed to go last year but unfortunately couldn’t afford it at the time. I’m praying I can finally go next year and it means I can see the play as well as go to the Harry Potter Studios. It would be such an amazing weekend for me to be able to do it so after my holiday I’m going to start saving to make it happen! I am so happy there’s something else Harry Potter wise to look forward to!

How do you guys feel about the news? Are you all excited?

Review: I was given a digital copy of this book in return of an honest interview. I had to start this book four times as I found it so hard to get into but once I did eventually get into it I started to enjoy it. Death Wish is the first book in the Ceruleans series and is a good read however I didn’t completely fall in love with it. The characters were likeable but they also had their moments. My favourite character would probably be Cara as she was funny, caring, brave and she had an amazing friendship with the main character Scarlett which made me slightly jealous that I don’t have a friend like her in my life. However, Scarlett is a strong character herself as she is dealing with the loss of her sister and constantly has to deal with her hysterical mother and distant father. Tayte writing about the friendship between Scarlett and Bert are extremely heart-warming and it’s almost like a grandad/granddaughter relationship between them both. Then we get onto the scenes between Scarlett and Luke. Their relationship is sweet and it’s obvious they care so much about each other. Luke is another very strong character and you can’t help but feel sorry for him throughout the novel as he has been through so much in his life and he always goes out of his way to help and protect others.

One thing I disliked this book was Jude. Jude, for me seemed like a pointless character. He didn’t really serve a purpose and was only in the story every so often. His part goes along with the supernatural side of the story so I’m guessing he will be a bigger character in the next books but in Death Wish the supernatural side to the story was only mentioned briefly and it was not clear that this was the direction Tayte wanted to go until the end of the book and I feel that is what let this book down.

Overall, although Death Wish has a slow beginning it did have a strong ending and I will read the next book as I’m intrigued to find out more about Scarlett and her supernatural abilities and I need my questions answered. If you’re interested in books with romance then I highly recommend this but if you’re more interested in the Supernatural/Paranormal genre then I wouldn’t advise this as, as I said before, we don’t get given much information on the supernatural side in this book.