So it’s that time of the week where I post the top 3 songs I’ve been listening to this past week. Last week I posted 5 but I’m now going to shorten it to 3 for the next few weeks. The aim of this meme is for me to recommend music to you guys and for you to recommend music to me, so please do feel free to join in on your blog and leave a comment so me and other bloggers can check it out!

1. Itch – Nothing But Thieves

About: Nothing But Thieves Wiki

Reasons I chose this song: I’ve liked this band for a couple of months now and was happy to find out they were the support for Young Guns when I seen them last week. They were absolutely incredible live and Conor Mason’s vocals just send shivers down my spine. He is an amazing vocalist and I can’t wait to see what the future has in store for this band. They’re going to go on to do big things. If you like this song and want to check out more of their songs then you can do so here and you can buy their music here.

For fans of: Canterbury, Young Guns, Circa Waves, Lonely The Brave

Reasons I chose this song: Last week I went to see Young Guns in Glasgow on their tour for their new album Ones & Zeros and they played this song live. The crowd during this song was just so good and it was an amazing atmosphere. Gutav’s vocals in this song are just indescribable. The guitar riffs and bass are just another thing that makes this song great. For me, making this the opening track to their new album Ones And Zeros was the right thing to do. If you want to listen to more of Young Guns then you can listen here and if you like what you hear then you can buy their music here.

For Fans Of: You Me At Six, Mallory Knox, Don Broco, Twin Atlantic 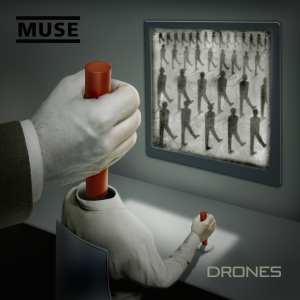 Reasons I chose this song: Muse are one of the bands I’ve been a fan of for many years and each album just keeps getting better. This was the promotional single from their new album Drones and boy did I fall in love with it straight away. Matt Bellamy’s vocals are just something else. One of my favourite things about Muse is the guitar riffs and the bass. The guitar riffs in this song are just incredible and I could listen to it forever. If you want to listen to more of Muse’s music then click here and if you like what you hear and want to buy their music you can head here.

Hey guys! Sorry I’ve been quiet over the weekend, I’ve been working and spending time with my family but I’m back now! As I’m also a huge fan of music as well as books I’ve decided I’m going to start a thing were every Monday starting from now I’m going to talk about 5 songs I’ve been listening to a lot over the past few weeks and recommend to you guys, hence the name ‘Music Monday.’ Feel free to join in on your blog and if you do participate then leave a comment so myself and other bloggers can check your post out!

Okay so here we go.

1. Stressed Out – Twenty One Pilots

About: Twenty One Pilots Wiki

Reason I chose this song: Twenty One Pilots are a band I’ve been in love with for quite a while now. I absolutely love both these guys and their music. They have just recently released their second album Blurryface which became a number one album in the US which is a huge achievement for these guys. Stressed Out is a song that focuses on memories of childhood, the pressure of adulthood and family relationships and I think it’s a song that many people can relate to. Both these guys put so much energy in to their music both with their albums and when they play the songs live. If you haven’t already, then please do check them out as I’m sure there will be at least one of their songs that you’ll love.

About: Marina & The Diamonds Wiki

Reasons I chose this song: Again, Marina is someone I’ve been a fan of for about 6 years now and I love pretty much everything she has released. She just recently released her third album Froot. I’ve only listened to this album two or three times so haven’t really had a chance to find out what all the other songs are like but this one stuck out for me when listening to it for the first time. The song focuses on her battle to find happiness and again I can relate to this as I have been in a really dark place in the past. Her vocals and harmonies in this song just kill me. Her voice improves with every album and her sound changes with each one too. This is Marina’s most personal album to date and I’m glad this is the direction she chose to go for this album. Please do check her out as well! Reasons I chose this song: Sia is such an underrated artist and it makes me so sad because she deserves so much more recognition. Her vocals are just beyond incredible and her song writing makes me so jealous. Her songs are amazing. This one is probably my favourite. The video caused a lot of controversy as it starred Shia LaBeouf in nude coloured shorts with young Maddie Ziegler in a nude leotard and many people seen it as paedophilic. For me I loved the video the moment I seen it and thought that both Ziegler and LaBeouf performed both sides of Sia brilliantly. They got the meaning Sia wanted spot on and that’s what made me love it even more. It was such an incredible video and it gave me chills. If you want to check out this song and the rest of Sia’s latest album then just click this link: 1000 Forms Of Fear.

About: You Me At Six Wiki

Reasons I chose this song: You Me At Six were one of the first bands I fell in love with and this song is one of the first ones I heard. This song is on almost every single one of my playlists because it makes me so happy when I hear it. There is nothing better than hearing it live too. As soon as the crowd sings the chorus back to the band I get chills. It’s an amazing song. It’s just such a fun song to sing along to and if you haven’t heard it then I suggest you click on the video link and listen to it’s greatness! If you enjoy that song and want to listen to more You Me At Six songs then you can listen to them all on Spotify or download their albums here: YMAS Albums 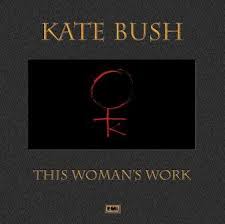 Reasons I chose this song: I will always remember my dad playing a song called ‘Babooshka’ in the car when I was younger and I would love singing along every time it came on without actually realising the meaning behind it. As I got older I started listening to more Kate Bush and that was then I discovered this beautiful song. Kate’s vocals in this song are so soft and beautiful and I get shivers whenever I hear this song. Kate Bush will always be one of my favourite artists as she has such a diverse voice and each song she is doing something totally different with her vocals and she has the ability to convey a range of emotions when she sings. I highly recommend listening to Kate Bush as she’s one of the best artists out there and it’s sad that young people nowadays don’t appreciate her talent. Again, you can check out Kate’s albums on Spotify and you can purchase them all here: Kate Bush Albums

Remember guys, if you want to take part, post your MUSIC MONDAYS on your blog and then comment on this post with the link! Oh and feel free to let me know what you think about the songs I’ve mentioned!