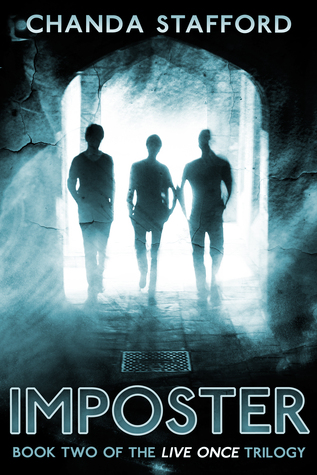 Review: Before I get into my review for this book, I previously reviewed the first book which is actually called First and you can check that out here!

I am completely in love with this series! There’s so many dystopian novels out there that are very similar in some ways however the plot in this series is different to the majority in this genre. The story focuses on Mira, a girl who should be dead but in a huge turn of events has managed to survive. As she is forced to impersonate Socrates, the man who should have taken over her body we follow along as she tries to stand up to the government to save her people. The story is full of action and heartbreak and Stafford does a brilliant job of making you feel a mix of emotions whilst you read the story.

Like the first book, the story is told from two POVs; Mira’s and Will’s. Throughout Mira’s chapters, we face her struggles with her as she tries her best to impersonate Socrates with the help of his wife Ellie. We also see the heartbreak she faces having to see Will everyday and not being able to do anything about it as he doesn’t know it’s really her. Will’s chapters are similar in the heartbreaking department as we see him struggle to come to terms with the loss of Mira as he truly believes she died for Socrates to take over her body. At the same time we see him also come to terms with the fact he is going to become a father to another servant’s child. As much as I liked both characters, Will really made me angry at certain points in the book. I didn’t like the way he treated both Mira and Evie and there’s certain events in this novel were I felt nothing but hatred towards him because of how he acted towards Mira (who he thought was Socrates).

Like the first book in the series, there was a couple of minor similarities to The Hunger Games, one example being when Mira walks out to the rebels and tries to explain why she is doing what she thinks is right for them, her people, because that is who the rebels are. It reminds me of Katniss standing up to the Capital for people just like her. There was also the love story thing. As I said in my ‘First’ review, every Dystopian novel has a love story tied in with it and there’s always something preventing the young loves from being together. This book was no different but I do like that it doesn’t focus completely on the love story.

Mira is such a strong character and I love her! It was admirable how she managed to act like someone she had only known for a few months and even though there were some people who had their doubts she still kept the act up and never let it slip.

I honestly can’t recommend this book and series enough! I was kept up all night reading it as every time I went to put it down something exciting or interesting happened so I just had to keep going! I’m dying for a third book because this one just kind of ended and I’m desperate to know what’s next for the characters remaining in the story. I’d just like to take this moment to thank Chanda for sending me a copy of this novel to review. I’m so grateful that she has sent me copies of both books, hopefully they’ll become available in print copy in the UK soon so I can have physical copies as well as the ebooks!